Money has ruined football.  This is a truism held dear by many football fans — particularly those fans of teams with no money.  You can bet your last dollar that there aren’t many Manchester City fans complaining about money… and even those that are will be outnumbered ten-to-one by their Arab-cash-loving neighbours.

Glasgow Rangers fans are a good example of the two extremes.  Not so long ago you wouldn’t have heard many Rangers fans grumbling about how the fact their club was so stratospherically wealthier than most of their SPL rivals that it unbalanced things.  Nowadays, with administration (if they’re lucky) and liquidation the buzzwords at Ibrox, money is the root of all evil.

If you’ve got it, money is great.  So Thoughtsport wanted to look at how you get it.

Short of woo-ing an oil baron (Russian or Arab, we don’t mind which) you have to make your own money and the quickest way (as many troubled clubs administrators will tell you) is selling the players.

Glasgow gates: Soon to be replaced by a revolving door… allegedly

Fire sales of players aren’t the way to win trophies though, you need a conveyor belt of fresh talent.  Not only that, it has to be a consistent conveyor belt.  A one-off star is all well and good but one swallow does not make a summer — nor even a class of swallows (citation: West Ham).

Therefore, the real money is made in scouting.  Yes, you need coaches too, to make your profitable prodigy even better but spotting the talent is where it’s at.  The rising star of Graham Carr at Newcastle is a case in point.

Him aside, how many scouts could you name?  And John Baden Powell doesn’t count.  Two?  Three?  None?  They’re not the stars.  The players, even the managers — yes.  The scouts, no.

Carr’s case isn’t hindered by the fact his son is the famous comic, Alan.  However, ‘finding’ the likes of Cheik Tiote and Demba Ba haven’t done his notoriety any harm.

Ok, Carr didn’t unearth these players from footballing backwaters — Tiote cost £3.5m from FC Twente; Ba was a free transfer from West Ham — but both have already been linked with eight-figure transfers to ‘bigger’ teams. 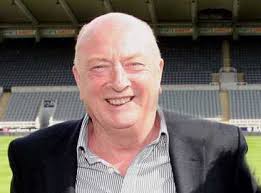 Do you recognise this man? Newcastle United’s accountant does…

However, even Carr’s success is moderately recent.  For the masterclass in scouting and talent production Thoughtsport goes back even further.

Athletico Madrid (or Atletico if you’re that way inclined).  They’ve been scouting for goals for decades.  Reading back through a list of their past forwards it’s almost a who’s-who of European star strikers.

Notably Fernando Torres started there but alongside him in the Athletico alumni of recent years is: Sergio Aguero; Diego Forlan; Juninho; Luis Garcia; Jimmy-Floyd Hasselbaink and Christian Vieri.

Again, they didn’t ‘discover’ all these talents, some of them cost the club a pretty penny when they signed but, importantly, they also brought in a lot of cash when they left.

Players like Torres (sold for £26.5m to Liverpool) and Aguero (£38m to Manchester City) are the dream ticket — brought through the youth ranks (or spotted very young) before being sold on.  But the ‘smaller’ Madrid team made a tidy profit on the likes of Vieri too.

He signed from Juventus for around £1m in 1998.  After a whistle-stop ten-month spell at the Vincente Calderon he was off back to Italy, going to Lazio for an estimated £19m.  Not a bad profit for ten month’s work.

Hasselbaink’s move from Leeds to Madrid cost Athletico £12m in August of 1999.  By June the next year he went back to UK, to Chelsea, for £15m.

It hasn’t always been rosy, even for Athletico.  No doubt they’ll have watched on, slightly miffed, as their £26.5m player, Torres, moved on from Liverpool for £50m.  Likewise, shortly after stinging Lazio for £19m for Vieri the Italian moved to Inter for a then European record transfer of £32m.

But you cannot say they’re not learning and progressing.  So what was the spark?  Well, some years ago a young Spanish striker left the Vincente Calderon, after their youth team set-up was disbanded as a cost-cutting measure.  The name of that striker?  Mr. Real Madrid: Gonzalez Raul — or just Raul to most of us.

That was in 1992.  The following season Real’s ‘noisy neighbours’ finished 12th in La Liga.  This season they look set for the top six and have already lifted the Uefa Cup (or Europa League… if you must).

Firing them to that trophy?  Radamel Falcao, a €40m signing from Porto… already valued at €50m by the big fish sniffing around for the next striker off the production line.

In the most unsurprising story since Cristiano Ronaldo moved to Real Madrid, Uefa have overturned their own ban on Arsenal striker Eduardo.

The Brazil born Croatia striker had been banned for allegedly diving to win a penalty in Arsenal’s one-sided Champions League qualifier against Celtic.

As predicted here on Thoughtsport Arsenal appealed and quelle suprise the ban was over-turned.  Uefa choked it.
Now I’m not saying Eduardo should have been banned – the evidence was borderline at best – but Uefa chose to draw their line in the sand and should have stuck by it.

Instead they look more lilly-livered than David Beckham pulling his sore toe out of a tackle and allowing Argentina to score in the 2002 World Cup.

The status quo is restored: the big clubs know that no matter how loud Uefa crow about tackling this and doing something about that, they can ride roughshod over any rules (or rulings) they don’t like and do as they’ve always done – namely whatever they want.

Uefa President Michel Platini’s latest crusade is against clubs “doped with debt” as some put it.  Don’t be surprised if, by the time this comes to being enforced, it’s heavily watered down and then completely ignored by the clubs who, as ever, will find ways around it.

Well done Uefa, what a brave stand that was.  It lasted less than two weeks.